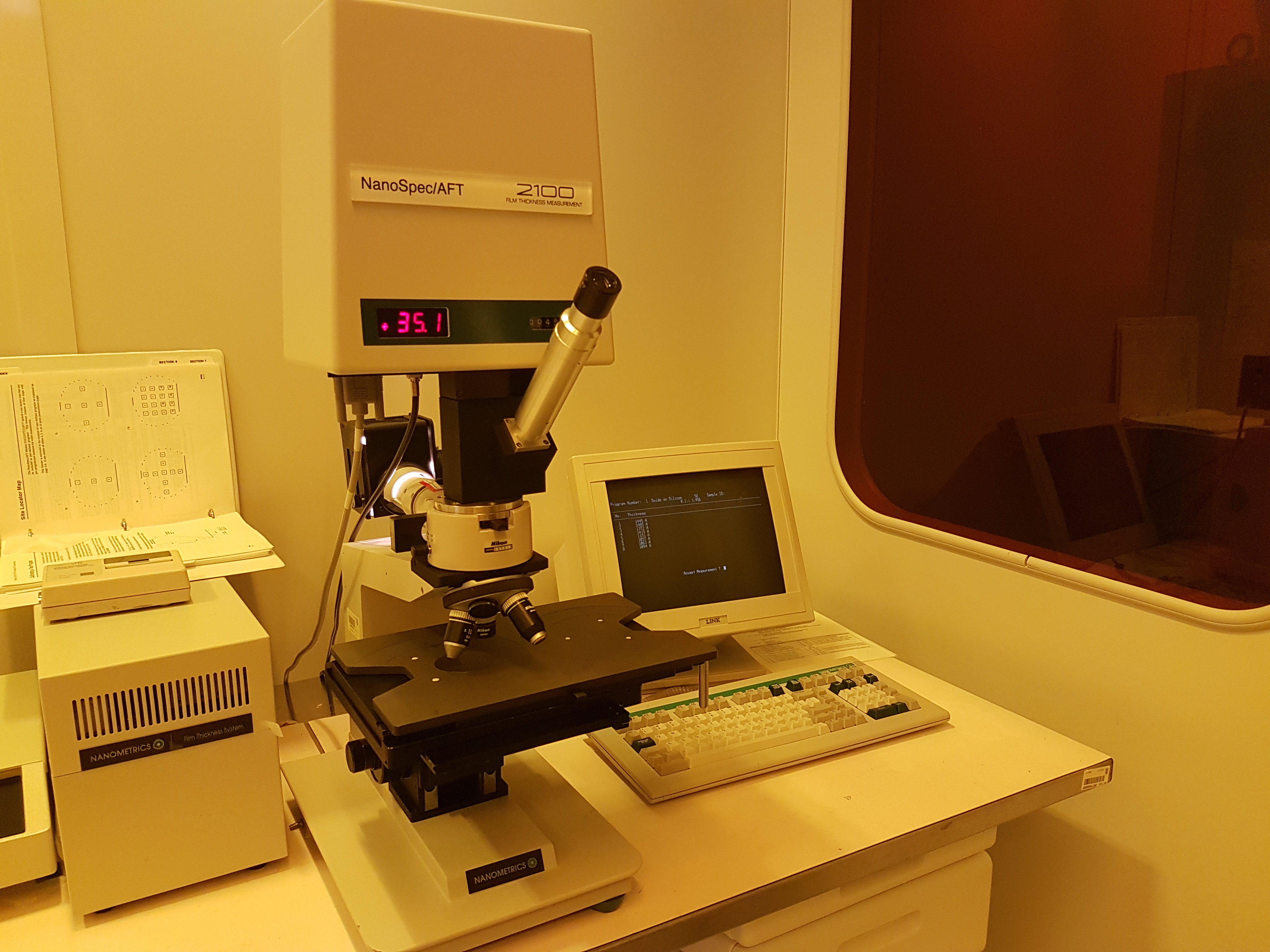 The AFT 2100 Nanospec is a computerized optical system for thickness measurement of dielectric films with known refractive index. It includes a computer controlled grating monochromator and a photomultiplier tube detector. The Nanospec measures an intensity of the reflected light as a function of the light wavelength, from 360 to 760 nanometers.  The measured films should be transparent in this range. Thickness determination is based on the interference phenomenon and a comparison between the reflection from the film and from the reference substrate. This instrument offers programs on eleven specific film types, relative reflectance, and multipurpose thick film capability.